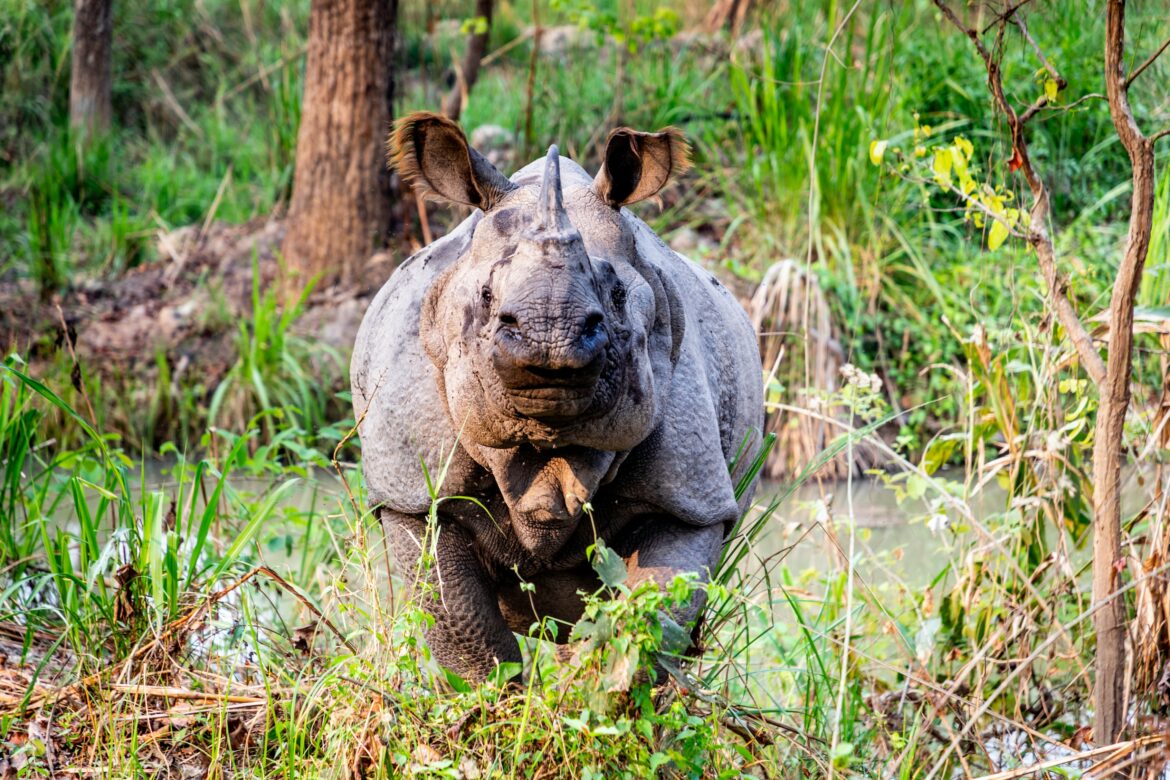 Visiting Chitwan National Park is an amazing experience.  The park is a world-renowned conservation area located in the lowland Terai region of Nepal.  Its diverse landscape and vast array of wildlife make it a truly remarkable place to visit. The park is home to over 700 species of birds and more than 50 species of mammals, including the legendary Bengal Tiger and the One-horned Rhinoceros.

Chitwan National Park was established in 1973 as the first national park in Nepal.  Since then, it has been a major conservation success story.  In 1984, UNESCO designated it a World Heritage Site and in 2011 it was declared a Ramsar Site of International Importance.

The park is home to a wide variety of birds, with more than 700 species recorded in the park. Some of the more common species include the Greater Racket-tailed Drongo, the Black-hooded Oriole, the Red Junglefowl and Indian Peafowl.  There are also plenty of migratory species that visit Chitwan National Park during the winter months, including the Common Teal and the Bar-headed Goose.  Rarer birds include the Great Hornbill, Slender-billed Vulture and Pallas’s Fish-Eagle.

Chitwan National Park is also home to a variety of mammals.  The most iconic species is definitely the Bengal Tiger, but the park is also home to the One-horned Rhinoceros, the Asiatic Elephant, the Sloth Bear, the Leopard and the Striped Hyena, among many others.  In addition, Chitwan is a vital refuge for the endangered Ganges River Dolphin.

The Government of Nepal has implemented a buffer zone around the park in order to reduce human-wildlife conflicts.  The buffer zone provides an additional layer of protection for the park’s wildlife and allows local communities to benefit from tourism and other economic opportunities. Chitwan National Park is a vital refuge for a variety of birds and mammals and an important area for conservation.  Well worth a visit!

Pittas, the most beautiful bird family?

The Snowy Sheathbill (Chionis albus) is endemic to

The Dusky Indigobird, Vidua Funerea, is a bird tha

Meet the Mouse Opossums. These mammals form a gr

When it comes to weaving, the Village Weaver (Ploc

The Common Ostrich, Struthio Camelus, is a big, fl

The Black Girdled Lizard is one of 21 species in t

It's time to celebrate the colourful Emerald Dove,

Musk Oxen are masters of the tundra. This bovine

The Barratt’s Warbler is a shy songbird with a l

The Western and Eastern Cape of South Africa's fyn

Our South Africa 2023 Birding Logbook is an electr

The Great Crested Grebe is a large, graceful water

The Ashy Prinia from Southern Asia builds its nest