Pittas, the most beautiful bird family? 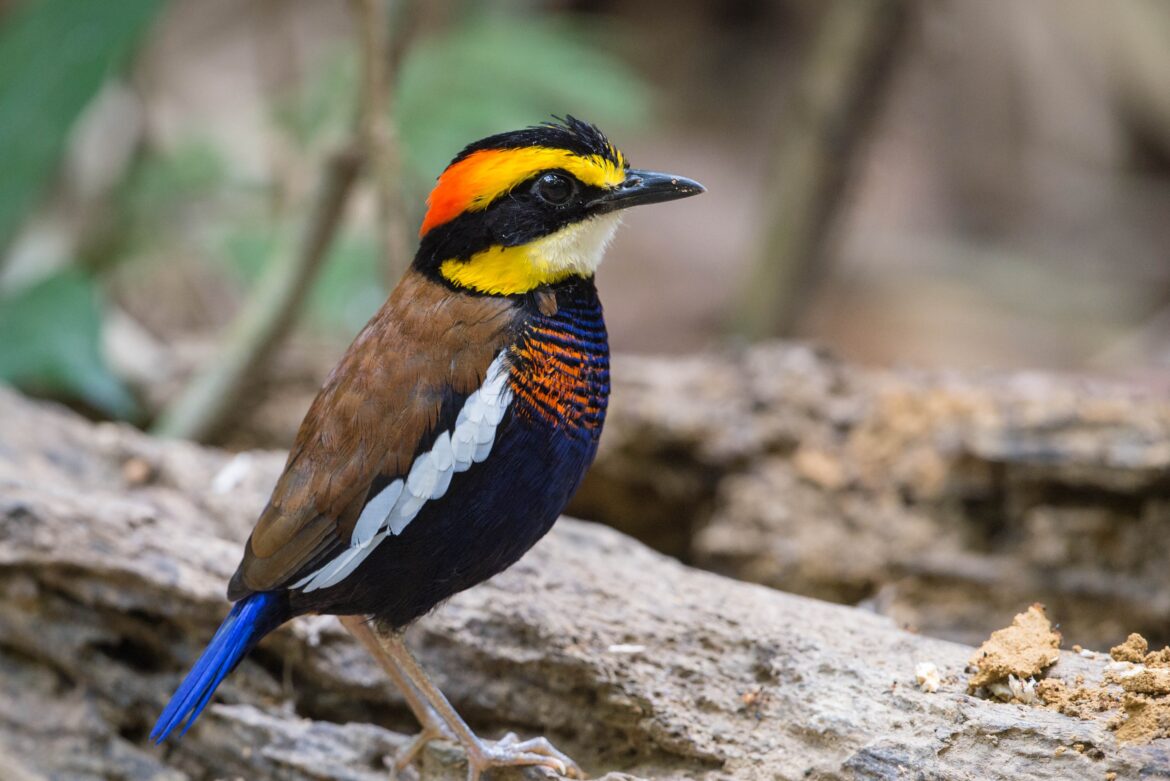 Vying for the title of the most beautiful family of birds are the stunning Pittas.

This diverse family of passerine birds is found in Asia, Australasia and Africa and is comprised of around 40 species.  All of these species share a similar general appearance and behavior.  The Pitta bird family is also known as the “jewel-thrushes” due to their stunningly bright and beautiful plumage.   They are very popular with birdwatchers due to their colourful plumage and the fact that they are rare, shy and thus difficult to find.

They are medium-sized by passerine standards, ranging from 15 to 25 cm (5.9–9.8 in) in length.  They have stout bodies and longish legs and feet, short tails and a stout, slightly decurved bill.  Most species have very brightly colored plumage, usually in shades of blue, green, and yellow.

Most Pitta species are tropical where they can be found in forests, scrub and mangroves.  They are solitary birds and usually forage on the ground amongst lots of ground cover.  Their diet mostly consists of worms, snails, insects and similar invertebrate prey, as well as small vertebrates.

The majority of the species are non-migratory, but there are four species of Pittas (African, Indian, Blue-winged and Fairy) that are fully migratory and several more that are partially so.

Sadly, many species in the family are threatened by habitat loss due to rapid deforestation, but they are also targeted by the cage-bird trade.  The International Union for Conservation of Nature (IUCN) has listed four species of Pittas (Gurney’s, Siau, Sangihe, Superb) as endangered, and a further nine as vulnerable. The greatest diversity of this family is found in South-east Asia, but two species are regular in Australia (Noisy and Rainbow).  Two species are found only in Africa (the African and Green-breasted Pittas).

For the birds – Protecting Africa’s forests

For the birds – Protecting Africa’s forests

When is the best time for birdwatching?

Where can I go birdwatching?

8 Reasons to use the Konkoit App

The Snowy Sheathbill (Chionis albus) is endemic to

The Dusky Indigobird, Vidua Funerea, is a bird tha

Meet the Mouse Opossums. These mammals form a gr

When it comes to weaving, the Village Weaver (Ploc

The Common Ostrich, Struthio Camelus, is a big, fl

The Black Girdled Lizard is one of 21 species in t

It's time to celebrate the colourful Emerald Dove,

Musk Oxen are masters of the tundra. This bovine

The Barratt’s Warbler is a shy songbird with a l

The Western and Eastern Cape of South Africa's fyn

Our South Africa 2023 Birding Logbook is an electr

The Great Crested Grebe is a large, graceful water

The Ashy Prinia from Southern Asia builds its nest